Create an Account - Increase your productivity, customize your experience, and engage in information you care about.

Officer Stevens began his career with the Canton Police Department as a Reserve Officer in 1976. Stevens was 1 of the original officers hired in 1978 when the police department began providing full-time police services to the community.

During his career, Stevens received several departmental awards including a Commendation and a Certificate of Merit. He also received a Distinguished Service Medal from the Michigan Association of Chiefs of Police (MACP) for his successful intervention of an armed robbery in progress.

Lew, as he was affectionately called, was best known for his easy-going, jovial nature. He is deeply missed by his fellow officers and employees of the department. 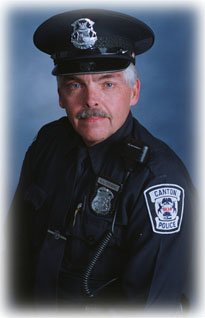